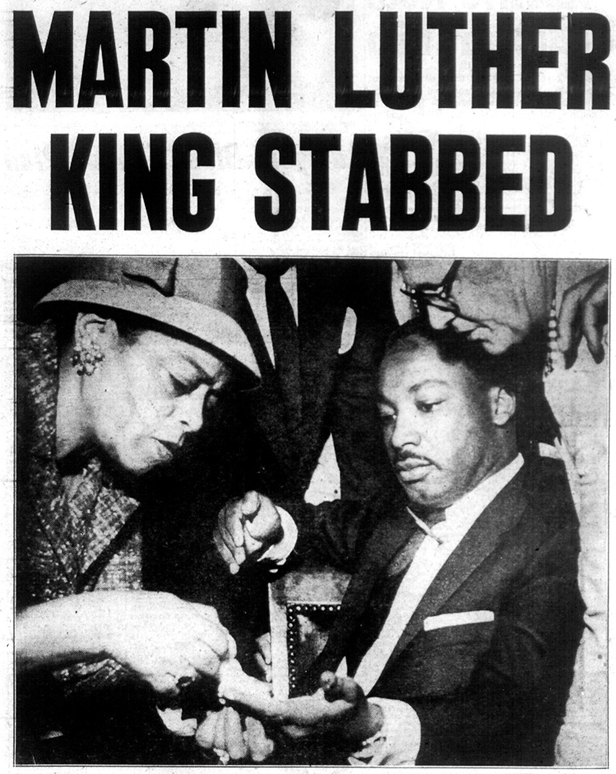 Many people vividly recall where they were when they heard that Dr. Martin Luther King, Jr. had been assassinated while standing on the balcony of the Lorraine Motel in Memphis, Tennessee on April 4, 1968.  However, not as many know that Dr. King, at a book-signing on 125th Street was nearly stabbed to death by Izola Curry on September 20, 1958.