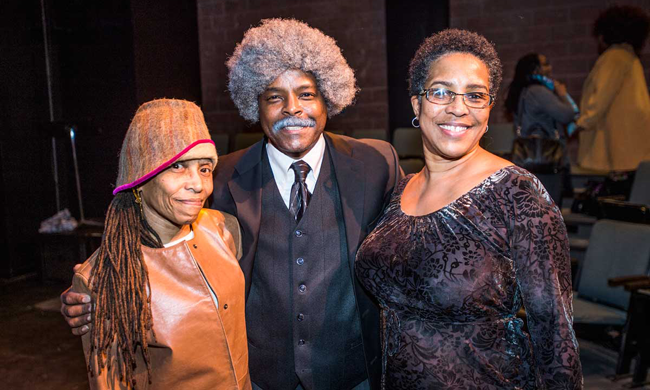 Shades of Truth Theatre is an Audelco Award Recipient (2009) that has been a welcoming presence in the theatre community for more than a decade because of its excellence in producing positive, provocative and affordable entertainment with high standards. Producer Michael Green has the passion, vision and experience to develop relevant and innovative plays written by and about people of color.

Read more: At The Core 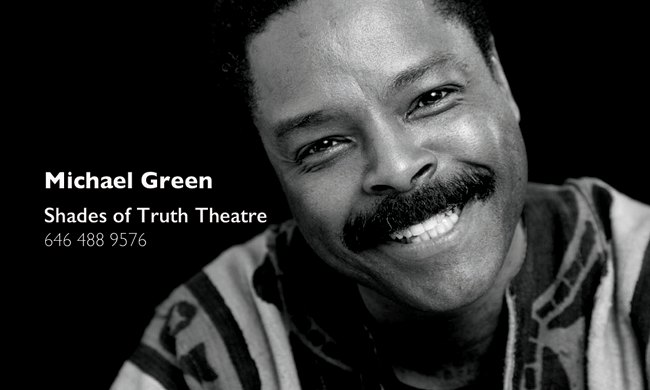 Michael has received critical praise for his ongoing performance as Dr King in Jeff Stetson’s “The Meeting” at the Schomburg Center for Research in Black culture and venues across the Tri-State and Nationally. Other roles of note include Michael in Esther Armahs’ Savior at The Dwyer Cultural Center, Sam in “Blues for an Alabama Sky” (Our Place Theatre-Boston), Reverend Ambrose in “A Lesson Before Dying” (New Repertory Theatre-Boston), the Governor in “The Blacks” (Classical Theatre of Harlem-New York), Michael in “Blues Train” (National Black Theatre-New York), and Moses in “Camp Logan” (Victoria Five Theatre-New York).